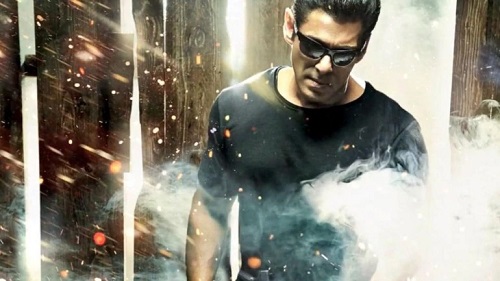 The release of Radhe: Your Most Wanted Bhai, featuring Bollywood superstar Salman Khan, is most likely to be delayed due to the coronavirus pandemic.

The film, which reunites Salman with his Bharat co-star Disha Patani, was scheduled to hit the screens on May 22.

This will be for the first time in over a decade that ardent Salman fans will not see a release on Eid, a festival date which has been synonymous with the actor.

However, due to the shutdown on all television and film production work due to the outbreak, the last leg of filming is yet to be complete.

“Radhe will be pushed ahead for sure. We have got two songs to shoot, there is some patch work left of about five days or so, we also have editing that is left. We don’t know when the situation will be normal and when we can shoot and finish our pending work,” a source close to the production told PTI.

The insider further said as people might be sceptical about watching a movie in a theatre due to the COVID-19 scare, it would be unfair to release a film in such times.

“We are in the same boat as other big films that were scheduled to release. We are going into May soon, the film was to release on Eid, which is May 22. It is not that the virus will be eradicated completely within a few days or months. Who will want to go to theatres during such times? The fear of not venturing out of homes and going to theatres to enjoy a film is a lot more and we all will have to deal with it and overcome it,” the source added.

Radhe is directed by Prabhudheva and the film is the third collaboration between Salman and the director after Wanted and last year’s Dabangg 3.

It is produced by Sohail Khan and Reel Life Production Pvt Limited under the banner of Salman Khan Films.

Besides Radhe, Salman was also set to present a film titled Bulbul Marriage Hall featuring Pulkit Samrat in the lead.

The film was scheduled to go on floors from April 16, but the makers have decided to halt the production till further notice.