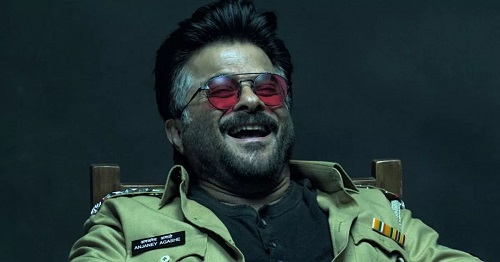 Kapoor will be next seen playing the role of an ‘eccentric and an angry cop frustrated with the system’ in Mohit Suri’s directorial, Malang (releases on 7 February). This isn’t the first time he has played a cop on screen. Earlier, he wore the khaki uniform in films like Ram Lakhan and Race. “I was worried how will I do it. I have played similar characters in my past films but not so dark that people hate you. My character has a lot of angst and violence inside him. He is angry towards the department, towards the system, he is also angry with his life. He wants to inflict pain on himself. He takes drugs. He goes crazy. But I wanted my character to be fun because after all it is for a commercial movie and people want to be entertained. So we played a lot with the look. The red glasses and tattoo was Mohit’s idea and we let the natural grey shine. He is 50 plus and he should look like one,” said Kapoor.

Kapoor’s prep has been exhaustive, as usual. He says he invests a lot of time on working on his character, and till the time he doesn’t get a grip on it, he is restless, cranky and irritable. “Also, here I was working with a team of young people – Mohit, Aditya (Roy Kapur) and Disha (Patani). You do get tense with young people around you. Their body is great. My motivation always is how do I add value to my character as well as the film and make the director happy so that he casts me again (laughs). Besides doing workshops and research, I watched films that were close to this film and my character. My son suggested that I watch Bad Lieutenant because it has a cop with slightly dark shades. Then, I also spoke to some cops and encounter specialists here in Mumbai. I prepped and practiced a lot at home and then called Mohit to tell him how I want to make the character little humorous and bring in a bit of madness to it without looking fake and unreal,” adds Kapoor, who will be next seen in Karan Johar helmed Takht. The film will mark his first appearance in a period drama.

Kapoor’s co-star Kunal Kemmu, who was recently seen in an intense role in Kalank, is excited about collaborating with his director from his debut film (as an adult actor), Kalyug (2005), after 15 years. “I used to often ask Mohit why haven’t we worked together again and he would say that with Kalyug we set a bar and whatever we do next will be judged. We had to push the envelope a bit to recreate the magic and when he came to me with Malang I was organically attracted towards playing a certain character. Now when the film has happened I understand what Mohit meant. It is so special in so many ways because even with Kalyug I was breaking the mould of a child actor and now with Malang it is a part that I have never played before. Parts like these don’t get written so often. The characters are very interesting. The trailer was quite intriguing till it slowly peels off and you have the whole puzzle in front of you,” said Kemmu. “And what Mohit has kept intact within him is his sense of music. He understands relationships very well and gets intensities right which is probably because of Mahesh Bhatt’s mentoring. Malang is by far, visually the most good looking film that he has made.”