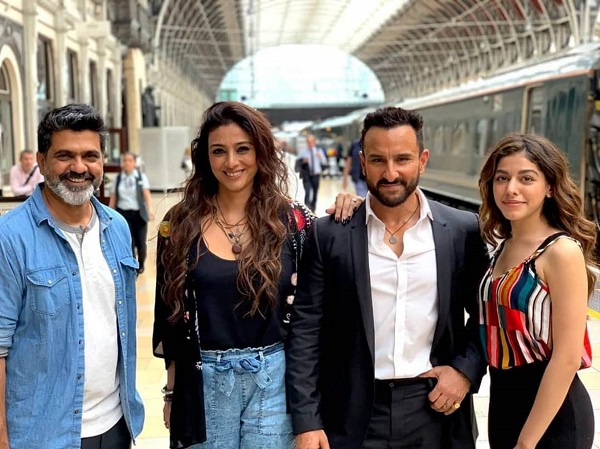 The first trailer of Jawaani Jaaneman was released on 9 January. The trailer opens to Saif Ali Khan’s mother (Farida Jalal) telling him about an acquaintance whose son was gay. To this he replies that he was not interested in men and even if he was he did not see it as a problem. His amused brother (Kumud Mishra) assures her that it was not the case.

Then we see how Saif’s character, an aging Don Juan, is vehemently against the idea of marriage and having family. “Sher hu mai sher. Aur sher tab tak raja hota hai jab tak akela rehta hai (I am a lion. A lion is only king till he is on his own),” he says. His bubble is soon burst when Alaya Furniturewalla finds her in an alley and tells him that there was a chance that he is her father.

This development now forces him to suddenly grow up and take up responsibilities he had been shirking for so long. Tabu plays Alaya’s mother, who also finds her way to his house.

“It’s one of the most uber-cool stories that I have come across. We are excited about the film going on floors and really looking forward to it,” Bhagnani had previously said in a statement.

The film is slated to hit cinemas on 31 January.