Singer Sona Mohapatra, who recently released her fourth single ‘Ghane Badra’ under the project Lal Pari Mastani, has signed up as a judge for the forthcoming season of Sa Re Ga Ma Pa. 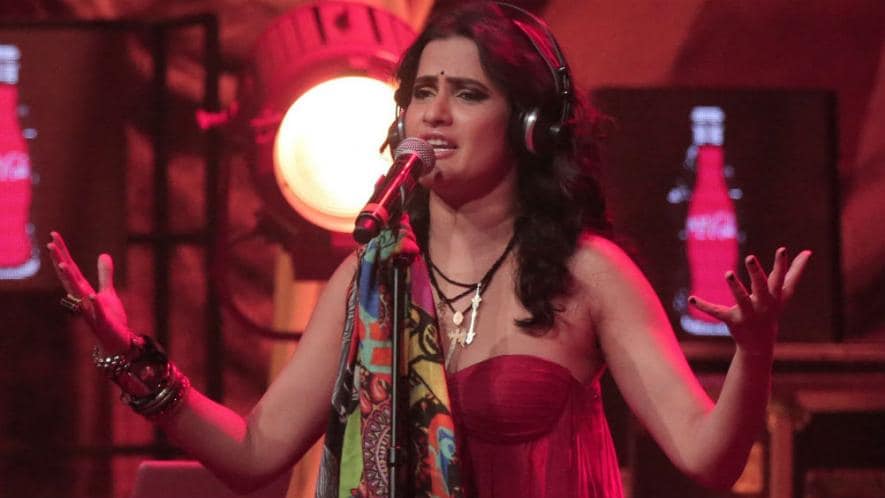 Apart from Mohapatra, the judges’ panel will comprise of singer-composer Shekhar Ravjiani. The third judge is yet to be finalised as talks are still on with composer Amaal Mallik.

In a statement to Mumbai Mirror, Sona Mohapatra said that the she is proud to be a part of a show that germinated on Indian soil.“I am making my foray into TV as a judge and I am proud that in the era of ‘Make In India’, this pioneering show is an original and successful Indian concept. I hope to bring in a fresh perspective to India’s longest running and most credible music show, which boasts of such superstar discoveries as Shreya Ghoshal,” Sona told the publication.

Sona Mohapatra further stated that her perspective will be a new one since she will speak from not only the point of view of a female judge but also from that of a live stage performer.

While the singer has ventured into a number of musical genres from the semi-classical ‘Jiya Lage Na’ from Talaash to romantic ballads like ‘Ambarsariya’ from Fukrey, she revealed to Mumbai Mirror that she will be looking for versatility in the contestants, where their renditions bound to be a combination of soul, authenticity and well-honed craft.

In the first twenty minutes of Mulk, director Anubhav Sinha takes a dig at the Swachh Bharat campaign and the government’s demonetisation move. Blink for even a second and chances are, you might just miss the director’s disenchantment with the Centre’s policies and schemes. He goes a step further and attacks the issue of islamophobia. Mulk also ventures into a territory which many filmmakers shudder to think about – the perils of neo-nationalism. In other words, the film does not hesitate to call a spade a spade and shreds to pieces the government’s many theories. It’s a film that breaks stereotypes and conventions which hitherto had not been seen in Bollywood. Judging by the past record of such films, it is astonishing to see that it did not have to face the ire of the censor board. Mulk is a fine example of a growing breed of filmmakers who are determined not to whitewash reality. 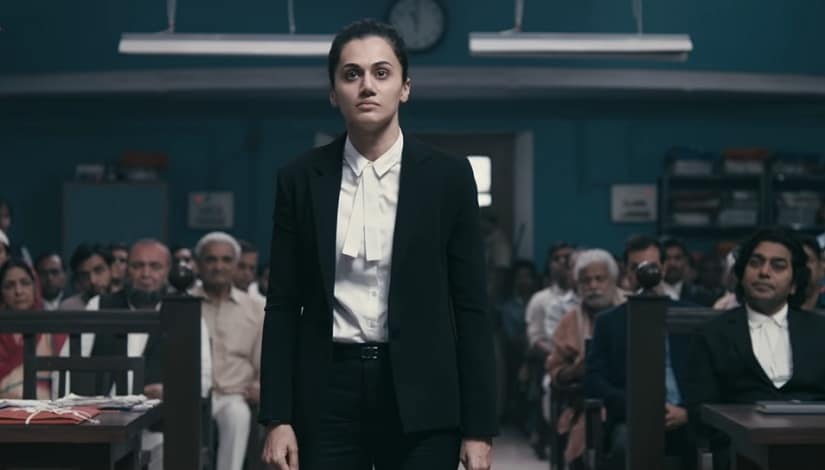 Fanney Khan, another recent release, has a song very much in tune with the current government’s slogan for the 2014 Lok Sabha election campaign. Again, despite the hue and cry, the song ‘Mere Achhe Din Kab Aayenge’ featured in the final cut of the film. Netflix’s Sacred Games, helmed by Vikramaditya Motwane and Anurag Kashyap created ripples amongst the cadres of a certain political party when it mentioned Bofors. Congress took objection to the Netflix series for allegedly showing former prime minister Rajiv Gandhi in poor light but Congress chief himself put a lid on the entire controversy when he came up with his own statement. Kashyap himself lauded Rahul Gandhi’s act and hailed his views. Despite the brouhaha, the objectionable scenes and the dialogue can still be seen on the streaming platform. The fact that here is a director who mentioned things about the Bofors scam and did not shy away from stating facts reflects subversive courage, one that is rare in the times of playing it safe territory.

Not so long ago, the superhit Tamil film Mersal criticised the government by raising questions on implementation of the GST. The government countered by declaring that the film portrayed ‘untruths’ about the central taxation scheme. Despite being cleared by the censor board, though the two and half minute sequence was later trimmed from the film, but not before it made everyone aware of the government’s attempt to thwart freedom of expression.

This change needs to be lauded and filmmakers should be given due credit for not kowtowing to the establishment. The change today is a far cry from the days when policies and the government itself were considered to be sacrosanct and their reflection on the screen required them to be in sync with the stated policies. If at all someone dared to swim against the tide, they were forcibly calmed down by just muttering the dreaded ‘censor’ word. One reason why filmmakers are embracing muted reality from the past and the current could be attributed to the influx of global content that an average viewer has now access to.

Showtime in the US can air an animated series called Our Cartoon President and The Looming Tower on Amazon can denounce the administrative decisions that led to the 9/11 attacks. No one blinks an eye and no furore is created. In other words, the mature level of content that the world is being exposed to is now seeping into India’s viewing appetites. The need to make Mulk arose from the fact that Anubhav was sick and tired hearing different interpretations of nationalism. “The definition of nationalism has become jingoistic, if you can shout louder then you are a nation lover. I wanted to change this notion.”

Last year, it was Madhur Bhandarkar’s Indu Sarkar that dug out an old chapter from Indian history – The Emergency, and did not hesitate in putting forth facts which were either omitted or conveniently altered to suit the vested interests of a certain group of people. Rajinikanth’s Kaala too touched upon a sensitive subject when it talked about caste politics. Udta Punjab had an ugly brush with the censor board but the fact that the film eventually saw the light of day in theatres despite revolving around the drug menace in Punjab – the very theme government and censor board objected to — can only be termed as a short-lived struggle by the makers who were associated with the film. Newton too took a dig at the way elections are conducted in remote areas. None of these films were stopped from getting screened in theatres.

Things which till now were swept under the carpet are now coming out in the open. The change is slow but it’s happening nonetheless. Apart from giving voice to filmmakers, social media too has made the world a smaller place. The very concept of living in isolation now exists no more. Filmmakers have now comprehended that stating facts is the way ahead and any attempt to dilute the truth will lead to the fear of getting exposed. A change is here and it should be commended and kudos to the authorities that have allowed this change to take place.

Ayushmann Khurrana’s wife Tahira Kashyap will soon debut as a director with a slice-of-life drama set in Mumbai. Kashyap has previously helmed a short film Toffee, produced by Khurrana and casting director Mukesh Chhabra, according to Hindustan Times. The yet-to-be-titled film will be produced by T Series’ Bhushan Kumar and Ellipsis Entertainment’s Tanuj Garg and Atul Kasbekar. This project will mark the third collaboration between the production houses, after Suresh Triveni’s debut with Tumhari Sulu starring Vidya Balan and more recently, Soumik Sen’s second feature Cheat India with Emraan Hashmi in the lead.

A statement from the producers read: “Tahira has worn several hats…. from being the programming head of a radio station in the North to a theatre writer-director, author, teacher of mass communication and journalism, and short film-maker. Her incredible stories are rooted in realism and heart. We are delighted to back her debut journey and look forward to making many more movies with her.”

The casting for the upcoming film is ongoing and will be announced soon. The makers expect it to go into production in early 2019.

Meanwhile, Khurrana will be seen next as a visually impaired pianist in Sriram Raghavan’s (of Badlapur fame) neo-noir thriller Andhadhun. The film also stars Radhika Apte and Tabu in pivotal roles.